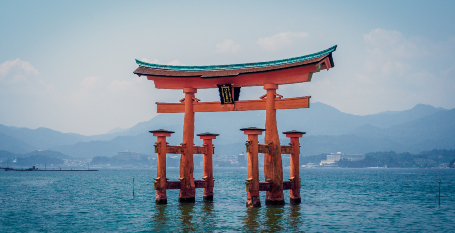 The Japanese prime minister, Fumio Kishida, has sacked an aide who said he would not want to live next to LGBTQ+ couples and that people would flee Japan if same-sex marriage was permitted.
In remarks reported by local media, Masayoshi Arai, an economy and trade official who joined Kishida’s staff as a secretary in October, said he did not even want to look at same-sex couples.
“His comments are outrageous and completely incompatible with the administration’s policies,” Kishida said on Saturday, in remarks aired by the public broadcaster NHK.
Speaking to reporters later in the day, the leader said he had dismissed Arai, who had earlier apologised for “misleading” comments he made on Friday.
Arai had made the remarks after Kishida said in parliament that same-sex marriage needed careful consideration because of its potential impact on the family structure.
The incident is an embarrassment for Kishida as he prepares to host the leaders of the other G7 countries in May. Unlike Japan, which has been ruled by the conservative Liberal Democratic party for most of the past seven decades, the rest of the G7 allow marriage or civil unions for same-sex couples.
According to recent opinion polls, Kishida’s public support has halved to about 30% since last year after a series of scandal-tainted resignations by senior officials.
Among those who stepped down was Mio Sugita, an internal affairs and communications vice-minister, who quit in December over controversial comments about LGBTQ+ people and Japan’s Indigenous Ainu people.
In a survey published by NHK in July 2021, two months before Kishida became prime minister, 57% of 1,508 respondents said they supported the legal recognition of same-sex unions.
Because they are not allowed to marry, same-sex couples cannot inherit each other’s assets and are denied parental rights to each other’s children.
In November, a Tokyo court upheld a ban on same-sex marriage, but said a lack of legal protection for same-sex families violated their human rights.

The Japanese prime minister, Fumio Kishida, has sacked an aide who said he would not want to live next to LGBTQ couples and that people would flee Japan if same-sex marriage was permitted.

In remarks reported by local media, Masayoshi Arai, an economy and trade official, said he did not even want to look at same-sex couples.

“His comments are outrageous and completely incompatible with the administration’s policies,” Kishida said, when asked about the remarks.

What’s life like for LGBTQ people in Japan? Let’s take a look at some of the key equality measures.

Is homosexuality legal in Japan?

Are there anti-discrimination protections in place for LGBTQ people in Japan?

Yes. Major cities have anti-discrimination provisions that protect against discrimination on the grounds of sexuality, but there’s not a comprehensive national framework.

Is there Marriage Equality in Japan?

No. Some city-level authorities have introduced partnership certificates which extend some legal recognition to same-sex relationships.

While Japan can seem ultra-modern, underpinning Japan’s culture is a socially conservative and traditional view of the world.

Generally, Japan is fairly welcoming and accepting of LGBTQ people.

In larger cities, there is a visible LGBTQ community.

What’s the history of homosexuality in Japan?

Homosexuality and same-sex relations have been documented in Japan since ancient times.

In the pre-Meiji period, relationships inside Buddhist monasteries were typically pederastic. The older partner (the nenja) would be a monk, priest or abbot, while the younger partner (the chigo) would be an acolyte – an adolescent boy. The relationship would be dissolved once the boy reached adulthood or left the monastery. Both parties were encouraged to treat the relationship seriously and conduct the affair honourably, and the nenja might be required to write a formal vow of fidelity.

During the Tokugawa period, some of the Shinto gods – especially Hachiman, Myoshin, Shinmei, and Tenjin – came to be seen as guardian deities of nanshoku (male–male love).

Same-sex sexual activity was also common among the samurai – the warrior class. Among the samurai, it was customary for a boy in the wakashū age category to undergo training in the martial arts by apprenticing to a more experienced adult man. The relationship was based on the typical nenja, who loves, and the typically younger chigo, who is loved. The man was permitted, if the boy agreed, to take the boy as his lover until he came of age. These relationships were expected to be exclusive, with both partners swearing to take no other lovers.

Miyamoto Musashi – a legendary swordsman of the samurai era – is one of the most famous practitioners of the same-sex warrior lover tradition.

As Japan progressed into the Meiji era, same-sex practices continued. However, there was a growing animosity towards these practices. The practice of nanshoku began to die out after the Russo-Japanese War. Opposition to homosexuality did not become firmly established in Japan until the 19th and 20th centuries, through the Westernisation efforts of the Empire of Japan.