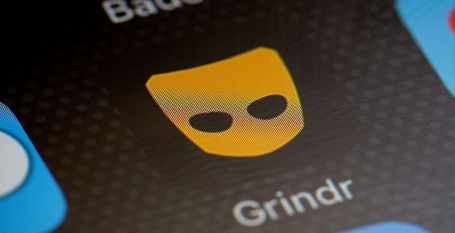 The crackdown against technology companies and the LGBTQ community appears to be continuing.

Gay dating app Grindr has disappeared from multiple app stores in China as authorities tighten control of the country’s already heavily policed internet and purge online behaviour the ruling Communist party dislikes.
The country’s cyber authority is conducting a month-long campaign to root out illegal and sensitive content during the lunar new year holiday and February’s Winter Olympics.
LBGT flag
Chinese university appears to ask for lists of LGBTQ+ students for ‘investigation’
Read more
Although the world’s most populous nation decriminalised homosexuality in 1997, same-sex marriage is illegal and LGBTQ issues remain taboo. The LGBTQ community is under pressure, with web content censored and depictions of gay romance in films banned.
Apple says Grindr’s developers removed the app from Apple’s China App store. Data from mobile research firm Qimai shows it was no longer available on Thursday.
Searches for the matchmaking app on Android and similar platforms operated by Chinese companies also returned no results. Google’s Play Store is not available in China.
Grindr did not respond to an AFP request for comment. Local Grindr competitors such as Blued remain available for download.
WeChat logo
Outrage over shutdown of LGBTQ WeChat accounts in China
Read more
The Chinese former owner of Grindr, Beijing Kunlun Tech, sold the app to investors in 2020 under pressure from US authorities concerned that the potential misuse of its data could present national security risks.
On Tuesday, the cyberspace administration announced a drive to crack down on rumours, pornography and other web content.
The campaign aims to “create a civilised, healthy, festive and auspicious online atmosphere for public opinion during the lunar new year”, the administration said in a statement.
Last year, social media accounts belonging to major university LGBTQ rights groups were blocked from WeChat, China’s dominant messaging and social media app.

Gay dating app Grindr appears to have been removed from multiple app stores in China.

The disappearance of the Grindr app is being read as part of the government's ongoing tightening of control over internet access and online behaviour in China.

The move coincides with the Winter Olympics in Beijing - a key moment of international importance for the country.

It's a complicated landscape for LGBTQ people in China. Same-sex sexual encounters are legal, but homosexuality remains a relatively taboo subject. Increasing censorship appears to be targeted at LGBTQ content, making queer visibility and community difficult.

Apple has told journalists that the Grindr app was removed from their store by Grindr developers. So far, Grindr hasn't made any public comment on what's happening behind the scenes.

Grindr was established in the US in 2009. The app quickly grew to become one of the largest dating apps in the world. It was subsequently sold to a Chinese company - Beijing Kunlun Tech. In 2020, US regulators forced Kunlun to sell Grindr - citing data sensitivity concerns.

Blued - the Chinese-owned app that is the dominant gay dating app in China - remains available in the App store and available for download in China.

The government department responsible for this kind of thing in China is the Cyberspace Administration. That department has announced that its focus is to crack down on fake news and pornorgraphy - it's aiming to “create a civilised, healthy, festive and auspicious online atmosphere for public opinion during the lunar new year.”