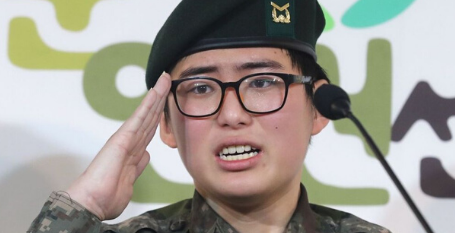 A transgender soldier in South Korea says she will sue the army after it dismissed her for violating regulations following her sex change.

Byun Hui-soo, 22, joined the army as a man but had gender reassignment surgery last year after suffering from gender dysphoria and mental health issues.

She accused the military of "deep-rooted intolerance" of sexual minorities.

Ms Byun's case has led to debate over the treatment of transgender soldiers as well as those from the wider LGBT Community.